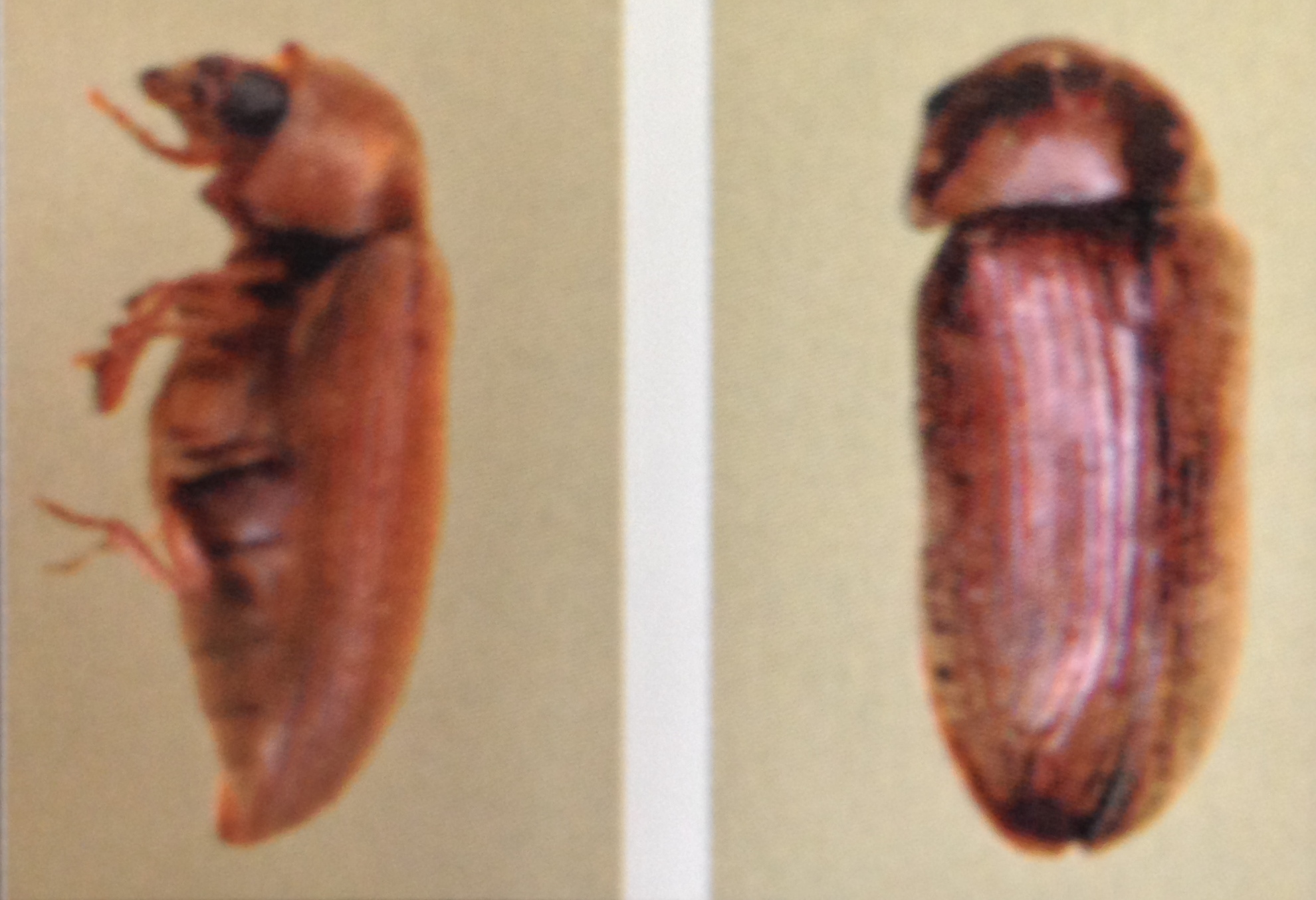 Anobiid powderpost beetles will infest both hardwoods and softwoods, however, the adults do not feed on the wood. It is the larval stage that does the damage as they feed and develop in the infested wood. They prefer seasoned, older wood located in cooler areas of the home (crawl space and basement) with moisture content of more than 14 percent. Anobiid powderpost beetles most frequently infest structural components (beams, sill plates, joists, subflooring and plywood) of the home that are softwoods such as pine, fir and spruce. Anobiid powderpost beetles will also infest hardwood furniture and flooring. Anobiid powderpost beetles prefer to lay their eggs in cracks; in old beetle exit holes; or under wood splinters. Upon hatching, the larvae bore into the wood, begin to feed and finally become adult beetles that bore round exit holes about 1/8 inch in diameter. The complete life cycle from egg to adult normally takes about one to three years. Adult females can fly, but usually lay their eggs in the same wood they exited from.