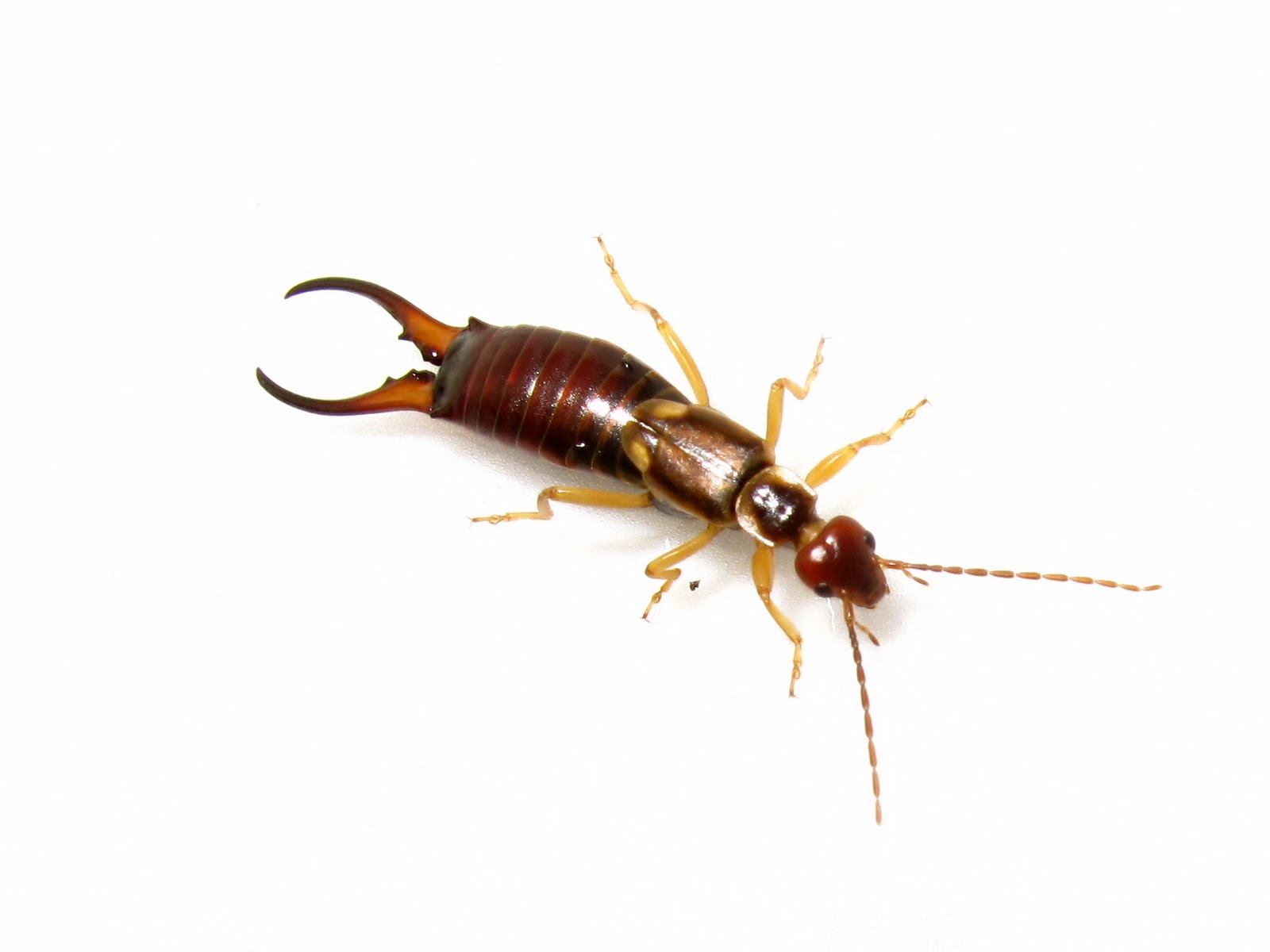 Earwigs make up the insect order Dermaptera and are found throughout the Americas, Africa, Eurasia, Australia and New Zealand. With about 2,000 species in 12 families, they are one of the smaller insect orders. Earwigs have characteristic cerci, a pair of forceps pincers on their abdomen, and membranous wings folded underneath short forewings, hence the scientific order name, “skin wings.” Some groups are tiny parasites on mammals and lack the typical pincers. Earwigs rarely use their flying ability.

Earwigs are mostly nocturnal and often hide in small, moist crevices during the day, and are active at night, feeding on a wide variety of insects and plants. Damage to foliage, flowers, and various crops is commonly blamed on earwigs, especially the common earwig Forficula auricularia.

Earwigs have five molts in the year before they become adults. Many earwig species display maternal care, which is uncommon among insects. Female earwigs may care for their eggs, and even after they have hatched as nymphs will continue to watch over offspring until their second molt. As the nymphs molt, sexual dimorphism such as differences in pincer shapes begins to show.

Some earwig specimen fossils are in the extinct suborders Archidermaptera or Eodermaptera, the former dating to the Late Triassic and the latter to the Middle Jurassic. Many orders of insect have been theorized to be closely related to earwigs, though the icebugs of Grylloblattaria are most likely.