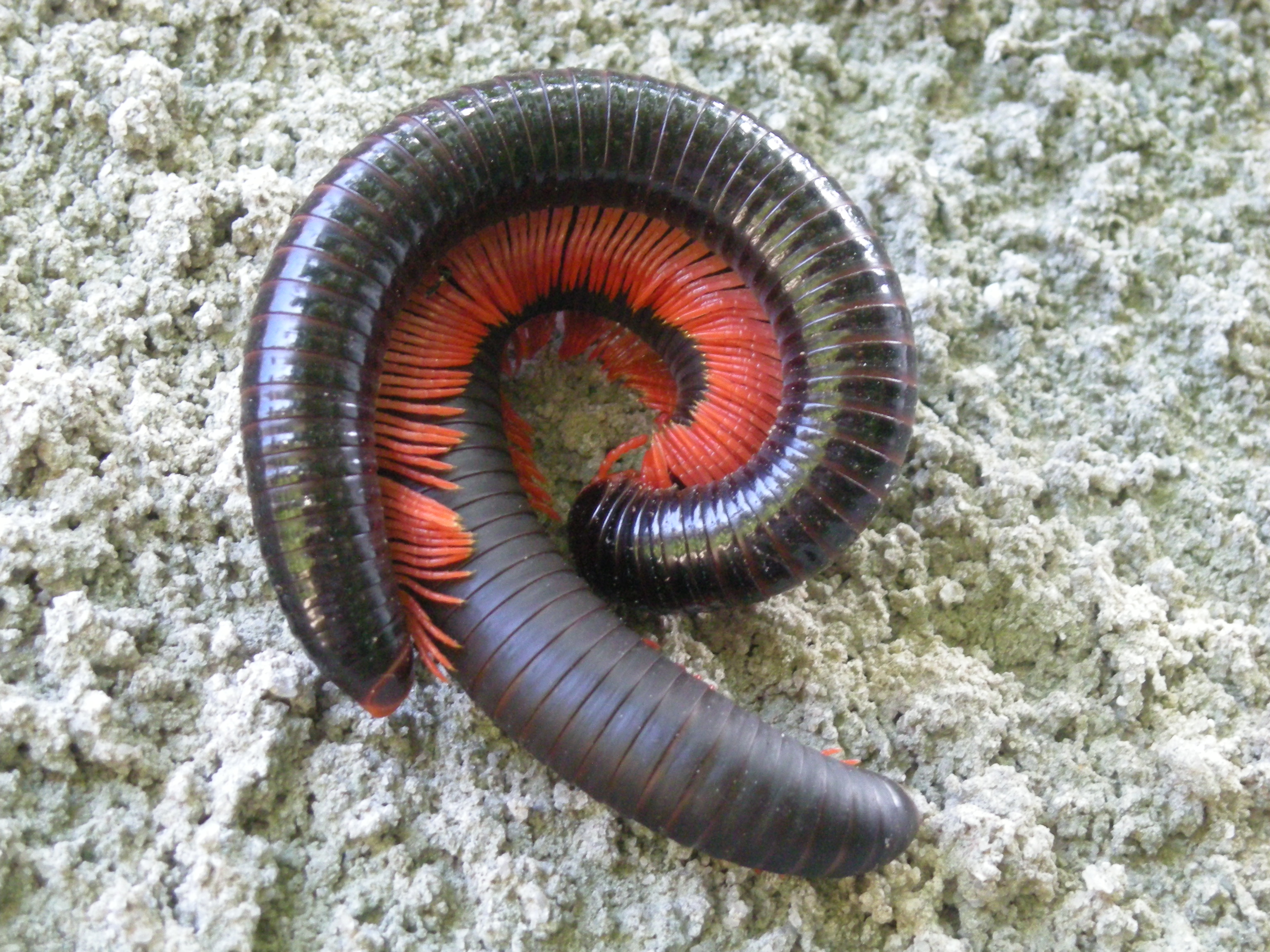 Millipedes are arthropods in the class Diplopoda characterised by having two pairs of jointed legs on most body segments. Each double-legged segment is a result of two single segments fused together as one. Most millipedes have very elongated cylindrical or flattened bodies with more than 20 segments, while pill millipedes are shorter and can roll into a ball. Although the name “millipede” derives from the Latin for “thousand feet”, no known species has 1,000; the record of 750 legs belongs to Illacme plenipes. There are approximately 12,000 named species classified into sixteen orders and around 140 families, making Diplopoda the largest class of myriapods, an arthropod group which also includes centipedes and other multi-legged creatures.

Most millipedes are slow-moving detritivores, eating decaying leaves and other dead plant matter. Some eat fungi or suck plant fluids, and a small minority are predatory. Millipedes are generally harmless to humans, although some can become household or garden pests, especially in greenhouses where they can cause severe damage to emergent seedlings. Most millipedes defend themselves with a variety of defensive chemicals secreted from pores along the body, although the tiny bristle millipedes are covered with tufts of detachable bristles. Reproduction in most species is carried out by modified male legs called gonopods which transfer packets of sperm to females.

Millipedes are some of the oldest known land animals, first appearing in the Silurian period. Some members of prehistoric groups grew to over 2 m (6 ft 7 in), while the largest modern species reach maximum lengths of 27 to 38 cm (11 to 15 in). The longest extant species is the giant African millipede (Archispirostreptus gigas)

Among myriapods, millipedes have traditionally been considered most closely related to the tiny pauropods, although some molecular studies challenge this relationship. Millipedes can be distinguished from the somewhat similar but only distantly related centipedes (class Chilopoda) which move rapidly, are carnivorous, and have only a single pair of legs on each body segment. The scientific study of millipedes is known as diplopodology, and a scientist who studies them is called a diplopodologist.