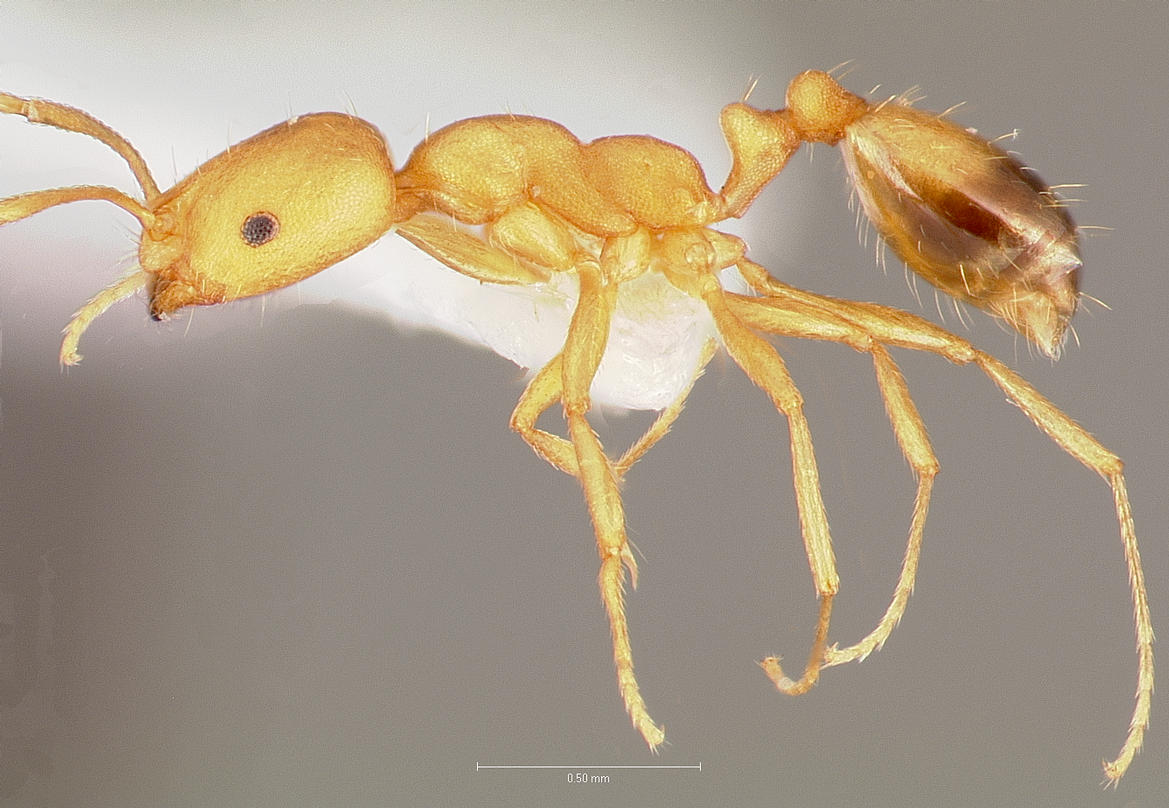 The pharaoh ant (Monomorium pharaonis) is a small (2 mm) yellow or light brown, almost transparent ant notorious for being a major indoor nuisance pest, especially in hospitals. The pharaoh ant, whose origins are unknown, has now been introduced to virtually every area of the world, including Europe, the Americas, Australasia and Southeast Asia. This species is polygynous, meaning each colony contains many queens, leading to unique caste interactions and colony dynamics. This also allows the colony to fragment into bud colonies quickly. Colonies do not display aggression toward each other; this is known as unicoloniality. Monomorium pharaonis is also notable for its complex foraging system, involving intricate trail routes maintained with several pheromones. It was the first ant species discovered to use a negative (repellant) pheromone. These chemicals are integral for communication in this species. Pharaoh ants are a tropical species, but they thrive in buildings almost anywhere, even in temperate regions provided central heating is present.