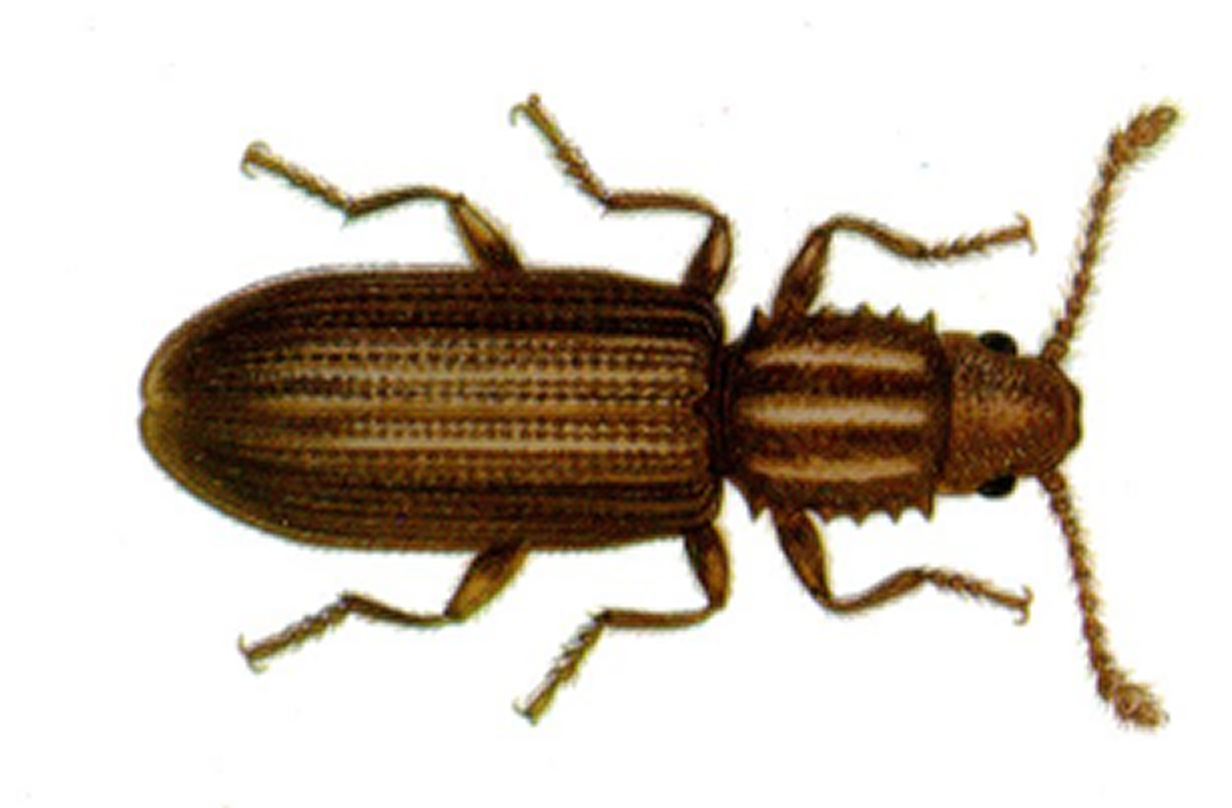 The saw-toothed grain beetle has smaller eyes than the merchant grain beetle and a much larger area just behind the eyes.