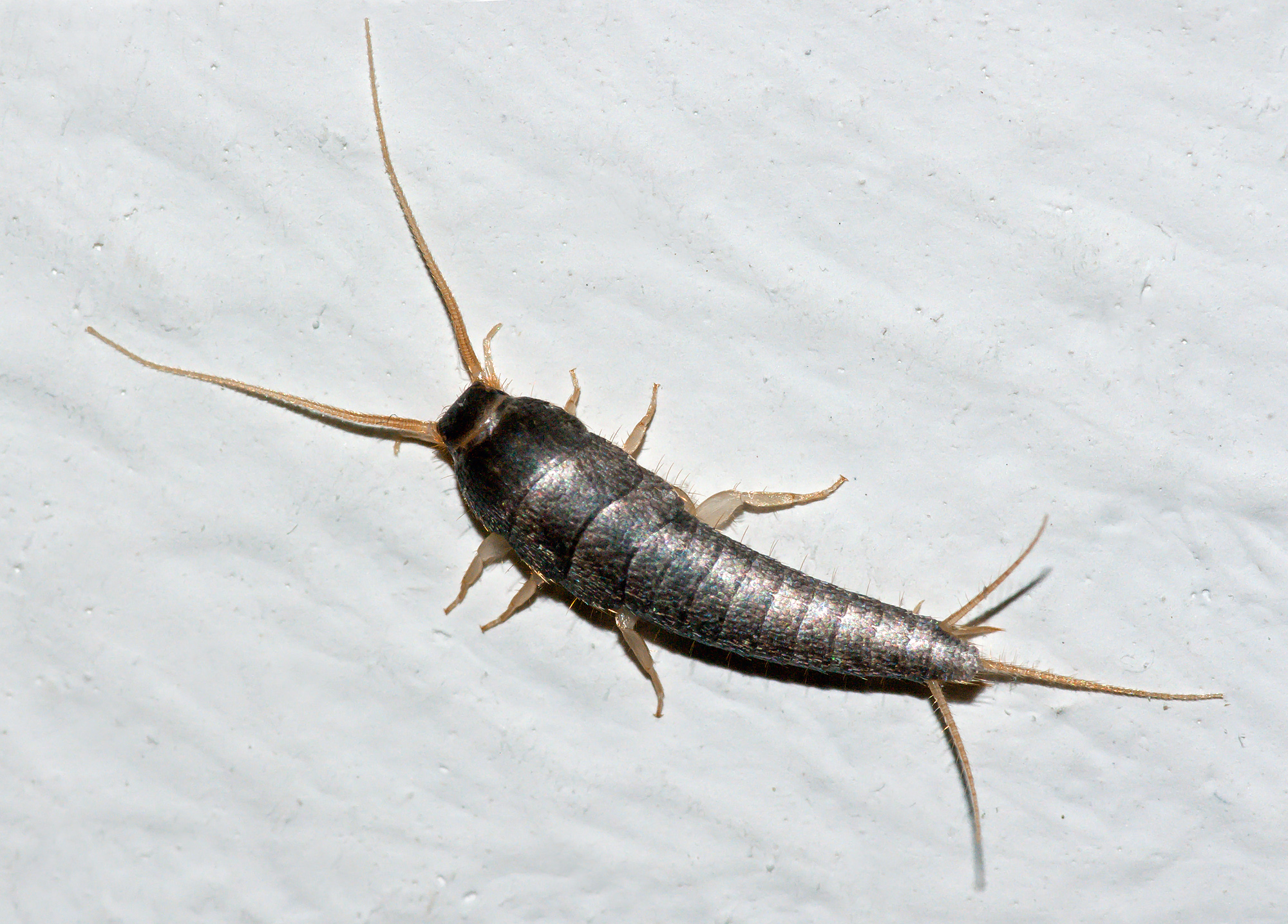 Lepisma saccharina, commonly known as a silverfish or fishmoth, is a small, wingless insect in the order Thysanura. Its common name derives from the animal’s silvery light grey and blue colour, combined with the fish-like appearance of its movements, while the scientific name (L. saccharina) indicates the silverfish’s diet of carbohydrates such as sugar or starches.