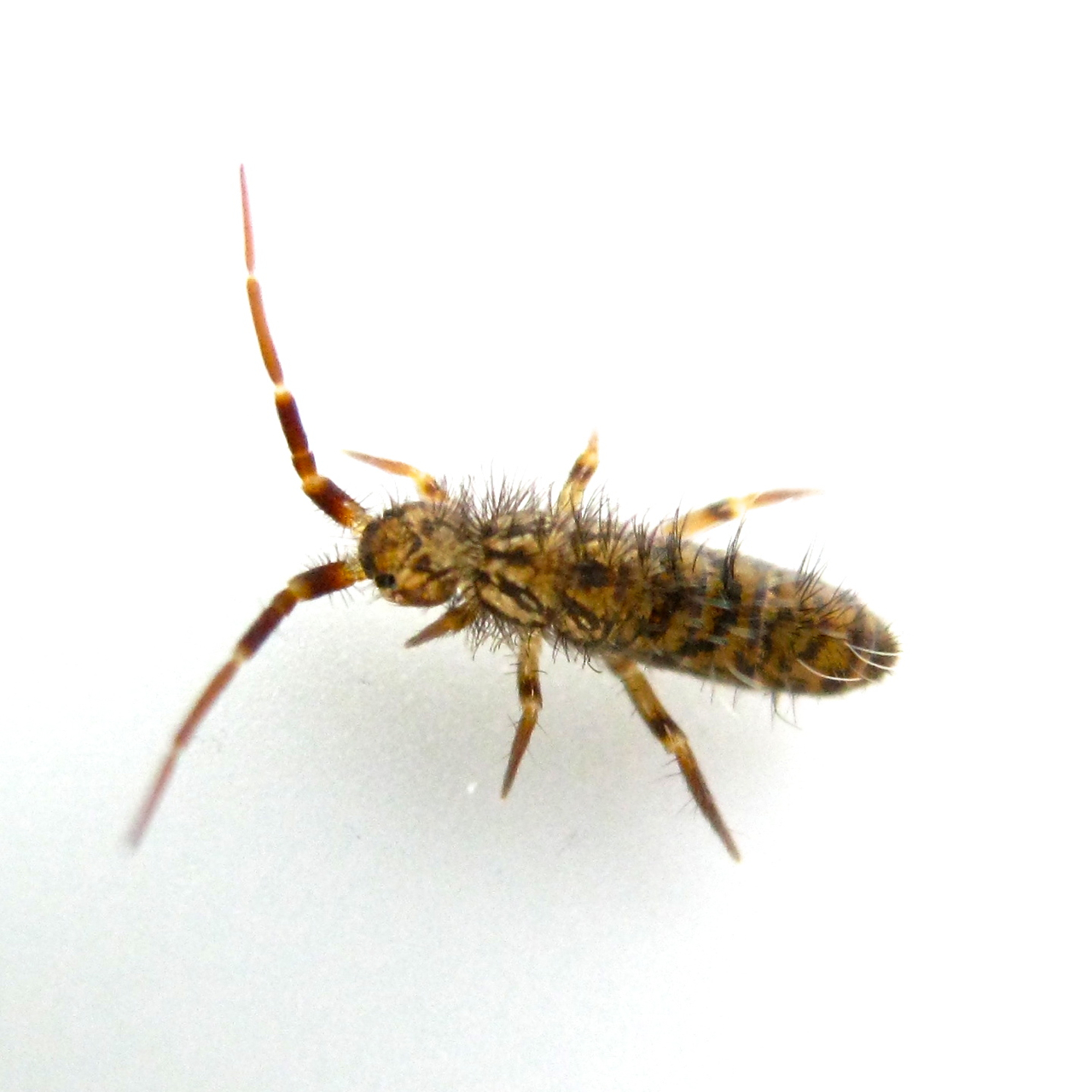 Springtails (Collembola) form the largest of the three lineages of modern hexapods that are no longer considered insects (the other two are the Protura and Diplura). Although the three orders are sometimes grouped together in a class called Entognatha because they have internal mouthparts, they do not appear to be any more closely related to one another than they all are to insects, which have external mouthparts.

Some DNA sequence studies suggest that Collembola represent a separate evolutionary line from the other Hexapoda, but others disagree; this seems to be caused by widely divergent patterns of molecular evolutionamong the arthropods. The adjustments of traditional taxonomic rank for springtails reflects the occasional incompatibility of traditional groupings with modern cladistics: when they were included with the insects, they were ranked as an order; as part of the Entognatha, they are ranked as a subclass. If they are considered a basal lineage of Hexapoda, they are elevated to full class status.

Collembolans are omnivorous, free-living organisms that prefer moist conditions. They do not directly engage in the decomposition of organic matter, but contribute to it indirectly through the fragmentation of organic matter and the control of soil microbial communities. The word “collembola” is from the Greek colle meaning glue and embolon meaning piston or peg.