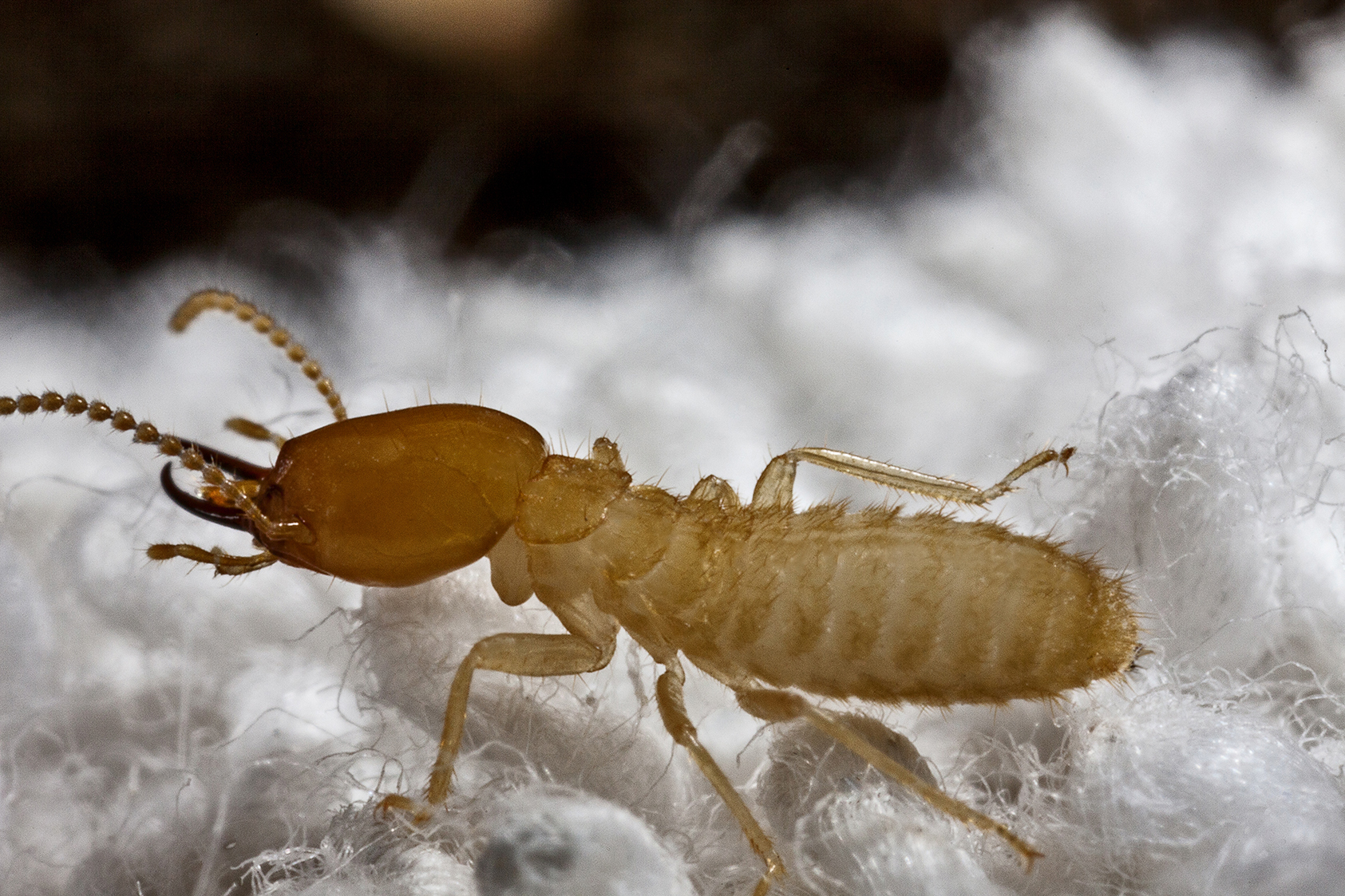 The worker caste usually contains the greatest number of individuals in a colony. Workers are pale in colour, soft-bodied, and have hardened mandibles and mouthparts adapted for chewing. They feed all the other members of the colony (reproductives, soldiers, and young), collect food, groom other colony members, and construct and repair the nest. The worker caste is responsible for the widespread destruction termites can cause. In some primitive termite families a true worker caste is absent, and its functions are carried out by immature individuals calledpseudo-workers or pseudergates, which may molt without much change in size.

The primary function of the soldier caste is defense. Since most termite soldiers are blind, they probably locate enemies through tactile and chemical means. The typical termite soldier has a large, dark, hard head. Its long powerful jaws (mandibles) may be hooked and contain teeth. The head and the mandibles are used to defend the colony against predators, usually ants. The attacking soldier makes rapid lunging movements, opening and closing its mandibles in a scissorlike action that can behead, dismember, lacerate, or grip a foe. In some soldiers (e.g., Capritermes) the mandibles are of an asymmetrical, snapping type, with the left mandible twisted and arched and the right bladelike. In defense, the mandibles lock together and release with a loud click, like the snapping of fingers. Some soldiers (e.g., Cryptotermes) use their heads, which are short and truncated in front (phragmotic), to plug the entrance holes of nests.

The higher termites (Termitidae) may supplement or replace mandibular defenses with chemical mechanisms that utilize sticky, possibly toxic, liquids secreted by either the salivary or the frontal glands. The whitish or brownish liquid becomes rubberlike after exposure to air and entangles enemies. The frontal gland of some termites (e.g., Coptotermes and Rhinotermes) occupies a large portion of the abdominal cavity and opens by means of a frontal pore (fontanelle), through which the liquid is ejected. The liquid from the frontal pore of the minor soldier ofRhinotermes flows down a groove in the elongated labrum to its hairy tip, where it volatilizes as a repellent gas.

The mandibles of soldiers with exclusively chemical defenses (Nasutitermitinae) have become reduced in size and are nonfunctional. In these, the head has become elongated into a long snout (nasus), and the frontal gland, which occupies a major portion of the head, opens at the end of the snout. These nasute soldiers can accurately fire a clear, sticky, resinous liquid for many centimetres. A few genera lack a soldier caste, and the mechanisms for defense in these groups are not known.